Programmed death receptor-ligand 1 (PD-L1 B7-H1) is a newly identified B7 family member of the B7 family. So far, only one receptor was identified that could be ligated with PD-L1.

This receptor, known as programmed death receptor 1 (PD-1) is believed to be demonstrated to negatively regulate the T-cell receptor (TCR) signaling. After ligating its receptor it has been shown to reduce TCR-mediated proliferation as well as the production of cytokine.  You can know more about PD-L1 antibodies via www.bosterbio.com/anti-pd-l1-cd274-picoband-trade-antibody-a00109-3-boster.html. 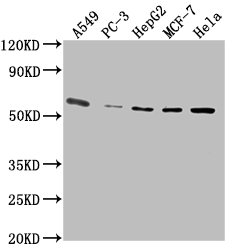 The expression of PD-L1 was observed to be high on a variety of human and murine cancers and may be further regulated when IFN-gamma stimulation is applied. This suggests that PD-L1 may be a key factor in the evasion of the tumor-immune system.

An important immune checkpoint is activated by PD-1 (programmed cells death protein) is activated by its ligand PD-1. Because of this interaction, cell activation is reduced while an active immune reaction is prevented.

This process is usually embraced by cancerous tumors. The PD-L1 gene is elevated in a variety of kinds of tumors and plays a role in cancerous tumors through interaction with PD-1 and preventing T cells' activation.